In the city center, just a 15-minute walk from the cobblestoned alleys of the Old City of Jerusalem, trendy restaurants and boutiques — even coffee bars that double as late night performance venues — have blossomed, their youthful, often tattooed clientele a curious juxtaposition to the religious pilgrims roaming the city. A burgeoning tech scene — there are upward of 500 start ups in the city — has fueled the metamorphosis. So have art schools with about 2500 students combined, many of whom are staying local thanks to city and nonprofit spaces supporting arts-minded entrepreneurs. And for people-watching, it’s hard to beat Machane Yehuda Market, also in City Center. The iconic 19th century open-air market for spices, meat, flowers and produce has transformed at sundown into a lively nightlife scene with frequent D.J. events in recent years. In this sprawling labyrinth, artisan beer halls, tapas and falafel stands and upscale eateries open their graffiti-adorned garage-style doors to welcome the city’s multi-culti cool kids. 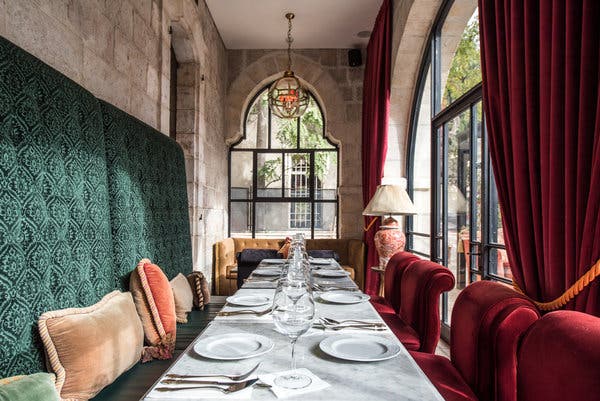 In a city of big box hotels, this Ottoman-era villa turned 24-room boutique hotel opened in May 2017 and is manna to travelers drawn to intimate, tastefully-designed lodging. A rooftop terrace, a bougainvillea draped garden and cozy subterranean wine cave fashioned from an ancient cistern add to the charm of this stylish property.

In true speakeasy fashion, this stylish 1920s-inspired cocktail bar is as swanky as it is hard-to-find, behind an unmarked door in a nondescript strip of shops. Theatrical takes on classics like the Gatsby Sazerac involves a fiery torching of a vintage coupe glass are the boîte’s calling card. 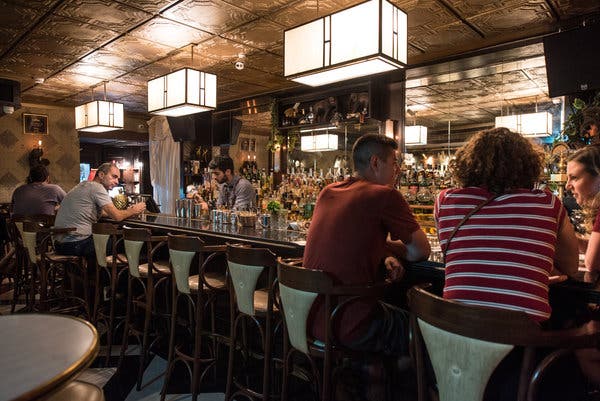 Eight years ago, when Miri Ashur Zuta opened this gem box of a shop, an edgy fashion boutique in conservative Jerusalem seemed an oxymoron. Yet, this boutique has thrived, with its sleek, made-in-Israel apparel a beacon for locals and visitors on the hunt for standout style.

With ever changing installations in the elevator, within toilet stalls, dangling from rafters and woven throughout the rosemary scented garden, a crumbling 19th century mansion has been recast (through funding by the Jerusalem Foundation) as Hamiffal, or, “the factory.” At this art collective and creative platform, visitors can view -and purchase- artwork by local artists, partake in events that range from concerts (classical and electro-romantic to Hasidic rap and overnight DJ sleepovers) and film screenings to second-hand fashion pop up shops. Or, they can simply hang out under the fantastically frescoed ceilings with a snack from the on site cafe. 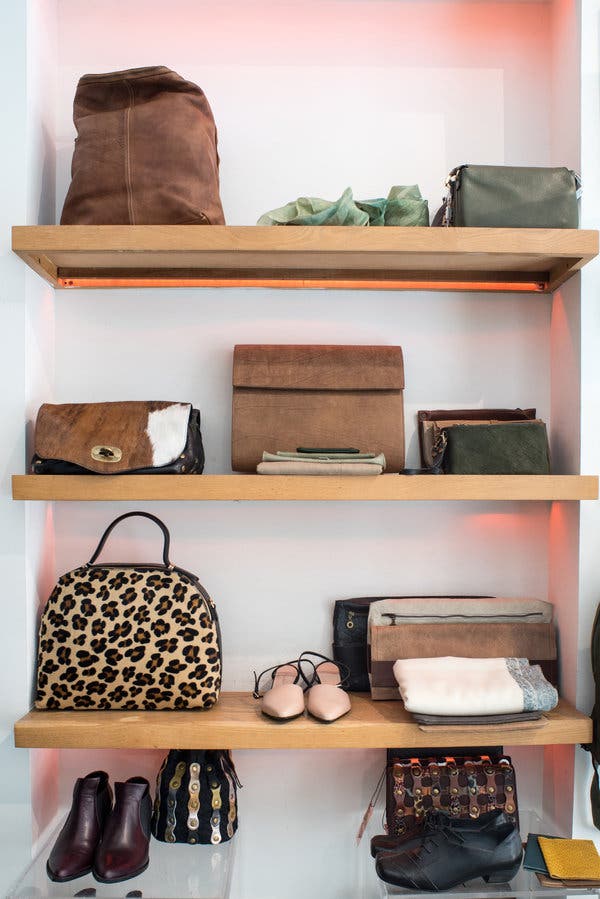 For a meal that is as much a party as dining experience, this 9-year-old restaurant inside the Machane Yehuda Market, helmed by acclaimed chefs Assaf Granit, Yossi Elad and Uri Navon, embodies the boisterous spirit and flavors of contemporary Jerusalem. As dishes arrive —- fattoush salad with Bryndza cheese, mini open faced corned beef sandwiches topped with chipotle aioli, beef marrow tartare served directly on the diner’s fist — Arabic funk blares. Shots of Arak, the anise-scented Middle Eastern spirit, are distributed (free of charge), and impromptu dancing erupts when waitstaff gives a signal by banging loud on kitchen pots. 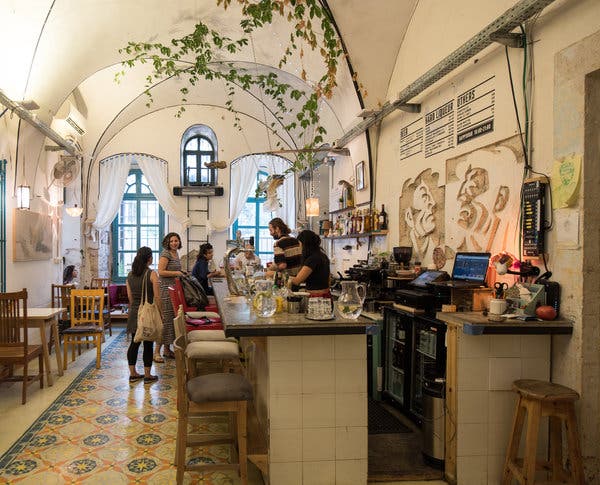 This link originally appeared in The New York Times